The United States of Cannabis

The United States of Cannabis

During a contentious election season reflecting ongoing political division between what we label red and blue states, there is one issue that actually unites us: the legalization of cannabis. Five (5) states had various forms of cannabis legalization on the ballots this year and all five (5) passed with a majority of voters in support of recreational use and/or medicinal use.

New Jersey, Arizona, Montana, Mississippi and South Dakota join the majority of states which have some form of legalized cannabis. Voters in Arizona, Montana, and New Jersey all passed measures making recreational, adult use cannabis legal. In Mississippi, an overwhelming majority of voters not only supported medical cannabis but voted for the much more comprehensive of two (2) competing options. Finally, South Dakota made history by being the first state to legalize both medicinal and recreational cannabis by approving both measures on the same ballot.

This continued expansion of legalizing and/or decriminalization of cannabis continues to mount pressure on the federal government to address the sea change regarding cannabis across the country. In fact, as of November 9, 2020, a top leader of the U.S. House of Representatives announced that the body will hold a floor vote on a bill to end federal cannabis prohibition next month. The Marijuana Opportunity, Reinvestment and Expungement (MORE) Act, whose lead sponsor is Judiciary Committee Chairman Jerrold Nadler (D-NY), would federally de-schedule cannabis, expunge the records of those with prior cannabis convictions and impose a federal five percent (5%) tax on sales, revenue from which would be reinvested in communities most impacted by the war on drugs. The bill would also create a pathway for those incarcerated for cannabis crimes to receive resentencing, as well as protect immigrants from being denied citizenship over cannabis offenses, and prevent federal agencies from denying public benefits or security clearances due to its use.

Unfortunately, if the bill was to pass the House it will face a tough battle in the Senate. Currently, the Senate is controlled by Republican Majority Leader Mitch McConnell (R-KY), who is a champion of the hemp industry but staunchly opposes further cannabis reform. This reality ups the stakes of the inevitable Georgia runoffs in January for two (2) Senate seats, and ultimately control of the chamber. Should control of the Senate shift, the MORE Act could receive a floor vote making the enticing possibility of federal legalization of cannabis that much closer to reality.

In New Jersey, where medicinal cannabis was already legal, voters passed Public Question No. 1 which will amend the state’s constitution to legalize cannabis for personal, non-medical use by adults 21 and older. The state commission that oversees the medical market will also regulate the new personal market. Cannabis products in New Jersey are said to be taxed at the 6.625 percent state sales tax rate, although local governments would have the option of slapping on an additional two percent (2%). Recreational cannabis is predicted to be a boost to the state’s economy, especially when considering New Jersey’s proximity to states that have yet to legalize cannabis such as New York and Pennsylvania. The low tax rate should help New Jersey avoid the large black markets that have plagued states with higher cannabis tax rates such as California.

In Arizona, where cannabis has been medicinally legal since 2011, voters approved Proposition 207. Also known as the Smart and Safe Arizona Act, residents age twenty-one (21) and over would be allowed to possess up to one (1) ounce of cannabis and five (5) grams of THC concentrate and grow up to six (6) cannabis plants in a household. Additionally, it would allow people to apply to have their criminal records expunged for certain cannabis-related crimes.

Montana similarly expanded residents’ rights from medicinal only to both medicinal and recreational with the passage of two measures. I-90 creates rules for marijuana use, as well as a twenty percent (20%) tax on sales of recreational cannabis. It also allows the option for individual counties to prohibit dispensaries through a public vote. CI-118 amends the Montana Constitution to set the minimum buying age of marijuana to 21. I-90, or the Montana Marijuana Regulation and Taxation Act, is set to go into effect no later than Oct. 1, 2021. This is the deadline for the Department of Revenue to establish rules and regulations and begin accepting and issuing applications for dispensaries. However, a draft of a bill to repeal I-90 is already listed on the Montana Legislature website. The next state legislative session starts on Jan. 4.

Despite opposition from former and current elected officials, Mississippi voters overwhelmingly approved Amendment 65, a constitutional ballot initiative to establish an expansive medical cannabis program for patients with debilitating conditions. Mississippians passed the measure convincingly, with sixty-eight percent (68%) of voters supporting the threshold issue of legalizing medical cannabis and seventy-four percent (74%) siding with Amendment 65 over the legislature’s much more restrictive measure, Amendment 65A. Mississippi is now the 36th state to pass a compassionate and comprehensive medical marijuana program. The measure will become effective sometime in December, thirty (30) days after the secretary of state declares the official election results.

South Dakotans chose to do away with cannabis laws that have in recent decades put thousands behind bars by approving a pair of ballot measures that explicitly legalized both medicinal and recreational cannabis. Amendment A legalized recreational use for individuals twenty-one (21) years old and older. Under the measure, individuals are allowed to possess or distribute up to one (1) ounce of marijuana. Residents who live in a jurisdiction with no licensed retail stores can grow up to three (3) plants in a locked space within a private residence, though not more than six (6) could be kept in one residence at a time. Under the amendment, marijuana sales were set to be taxed at fifteen percent (15%). Tax revenue will first be used by the Revenue Department to cover costs associated with implementation of and further amendments to the program. Fifty percent (50%) of the remaining revenue is set to fund state public schools, and the other fifty percent (50%) is to be deposited in the state’s general fund. Initiated Measure 26 was also on the 2020 ballot in South Dakota. It establishes a medical marijuana program for individuals who have a debilitating medical condition as certified by a physician. South Dakota was the first state to vote on recreational and medical marijuana in the same election. But based on state law governing the process by which ballot questions take effect, South Dakota’s new voter-approved cannabis rules won’t become the law of the land for months.

Overall, the fight for legalized cannabis made a huge leap forward in 2020. What’s more, based on comments made by Vice President-Elect Kamala Harris, it seems as though President-Elect Joe Biden and his incoming administration is looking to decriminalize marijuana sometime in the next four (4) years. Time will tell how long it will take to see the federal laws and regulations regarding cannabis reflect the progressive changes being made by red and blue states across the country. Until then, the industry will continue to work in a disjointed marketplace spanning the majority of US states until the dream of a single, nationwide market is realized. 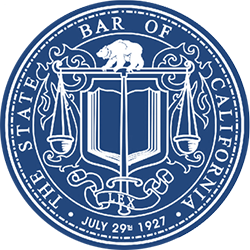